What Flavour Percentage Should I Use For DIY E Liquid?

Everyone has very different tastes when it comes to the amount of flavouring in an e liquid. One person may find a certain flavour overpowering at 10% while another thinks it is too weak at 15%.

There will always be a lot of trial and error in mixing your own e liquid. You will make a lot of bad mixes along the way. But it is worth all the pain for when you find those amazing combinations that are vaping heaven!

Below you’ll find each manufacturer’s recommended percentages (where available), along with some advice from our experience of using the flavours and some general tips.

We recommend mixing test batches of Capella concentrates at around 15% for a medium strength flavour. However, you may find yourself mixing some at 20% or even 25% if you prefer fuller flavoured liquids. We have found very few Capella flavours that work well much below 15% – even for people that like subtly flavoured e liquid.

Flavour Art recommend 3-5% for their concentrate range. We have found that this kind of strength would only be suitable for vapers that like very subtle mixes though. There are several that we prefer up at 15% or so. Bearing in mind that taste is very subjective, we’d suggest trying a test batch at around 10% and then adjusting to your personal preference.

Flavor West recommend 15-20% across their entire range. This is pretty accurate, so we’d suggest mixing test batches at the 15% mark and taking it from there.

Out of all the flavour manufacturers there is probably the most variance of strength in the TPA range. We have found some, such as French Vanilla and Pineapple, that work best (to our preference) at as little as 3-5%. Others need 15% for a decent flavour level. TPA concentrates are relatively strong though and we think it unlikely that anyone would need more than 15% for any of their flavours. As a general guide we’d recommend mixing a test batch at around 10%.

T Juice recommend 15% across their entire range. This is usually fairly accurate, so we’d suggest mixing your test batches at the 15% mark and taking it from there.

Most of our own brand concentrates work great at around the 15% mark. There are some we feel work better a bit stronger – such as Pear Drops (20-25%). Others we feel need less – like the Spearmint (5-10%). While you get used to the flavours, we’d suggest starting with initial mixes at 15% and then adjusting to your personal taste. 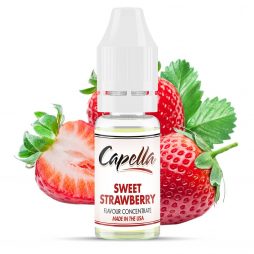 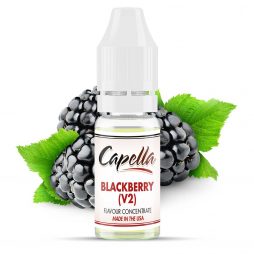