Perfumer’s Apprentice Green Apple Concentrate gives you all of the fresh, crisp and tangy flavour of a Granny Smith apple picked straight from the orchard. 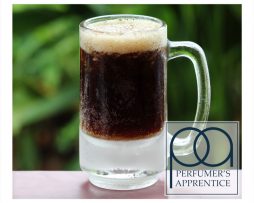 Perfumer’s Apprentice Green Apple Concentrate gives you all of the fresh, crisp and tangy flavour of a Granny Smith apple picked straight from the orchard. This concentrate has a natural tart apple taste and you can make a mouth-watering e-liquid if you use this as a stand-alone flavouring. Perfumer’s Apprentice Green Apple Concentrate is a great choice if you are a fruit lover- the apple flavour tastes very natural, with a tart sweetness that is never overpowering and this concentrate doesn’t have an artificial taste, provided that it is steeped for longer than is usual with fruit flavours. This concentrate mixes well with other fruits and soft berries or try it with cake and confectionery flavours.

Craig
This is such a nice green apple vape as an all day vape for me.not tried mixing with any other flavours yet. used at 10% in a 60/40 mix thanks capable.

garethshelley91
strong, with sharp kick like a real green apple. can overpower other flavours easily though

Gerald
Not a standalone vape for, but very nice when mixed with Pear.

beldin74
sharp but chemical tasting - napalms other flavours... and thats 2.5% mixed in with other flavours after 5-day steep (should be long enough for most fruit)... hope its just a slow steeper. is it supposed to make your juice cloudy? - everything else i make comes out clear. 'this was not the [strikethrough] driod [/strikethrough] apple i was looking for.'